﻿
From the car, continue straight on the overgrown logging road. Turn left onto first big road (also overgrown, grassy & ferny) at about .33 mile. (There is a small pile of rocks here on a flat rock; the rocks had fallen and we almost missed it. We built them back up.) 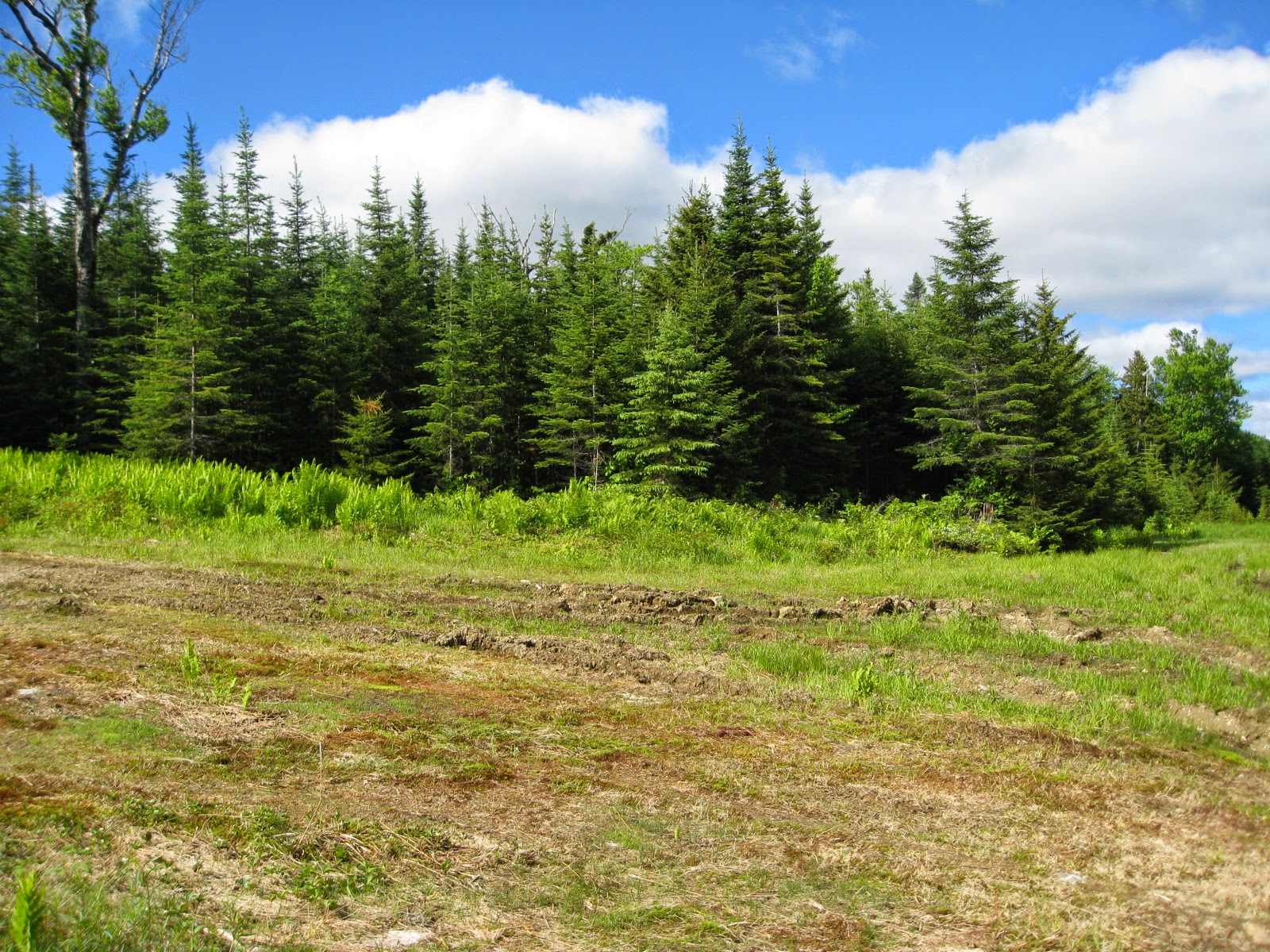 Still climbing, you'll come to a large opening or field, perhaps the overgrown remains of a log landing area. Go straight across. You'll see a wood arrow and rock pile on the other side, confirming that you should go straight.”
﻿
We went straight and continued to ascend the logging road, which curves to the left.  We walked over a stream (culvert), and wound up at a large rectangular lot (like a messy dirt parking lot).

Here's where the rest of Damselfly's description differed as logging operations had changed the landscape.

The well-established herd path is located up a small hill, accessed by entering an old clearing beginning at the far right corner of this rectangular lot.

Head to this corner.  (The path will veer to the left toward the summit as you gain elevation, heading up the ridge to the summit.)

To meet the herd path, walk over the debris/slash for about 50 feet and you should see a cairn and an arrow.


Head left and up the small hill through ferns and slash toward the trees.


There will be several cairns higher up in this clearing to point the way to the path (which goes into the trees). 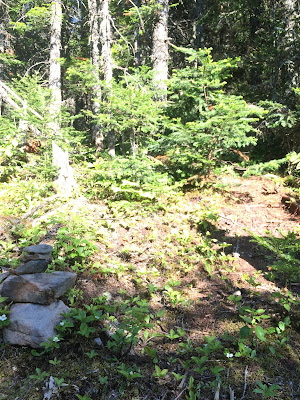 The herd path is more visible higher up. It's tricky to find it at the bottom as logging operations obliterated the lower portion of it.  But if you head up from this point you should intercept the path.

On the ridge parts of the path may be hidden by large ferns.

﻿
Continue up the ridge to the summit canister.  Note: on the way back there are two places where the path forks - go right at each fork.

Cupsuptic Snow seemed the most labor intensive of the peaks so we put that one first, with plans to summit East Kennebago later in the day.

The weather was perfect that day and we piled into the car around 7 a.m., headed out to logging road #22.

Don’t underestimate the time and effort it takes to drive the dirt roads of Franklin County. Some areas are rough and slow-going; you'll be dodging ruts, ditches, middle-of-the-road piles of earth, all-consuming puddles and yes, grouse attacks.  We spent almost as much time in the car as we did on our hikes.

We used my friend Beth's (Damselfly's) directions -see above.

Logging operations had changed the landscape and we could no longer follow Beth's directions. Left to our own devices we bushwhacked up through old, messy clear cut corridors and finally intercepted the herd path on the ridge. 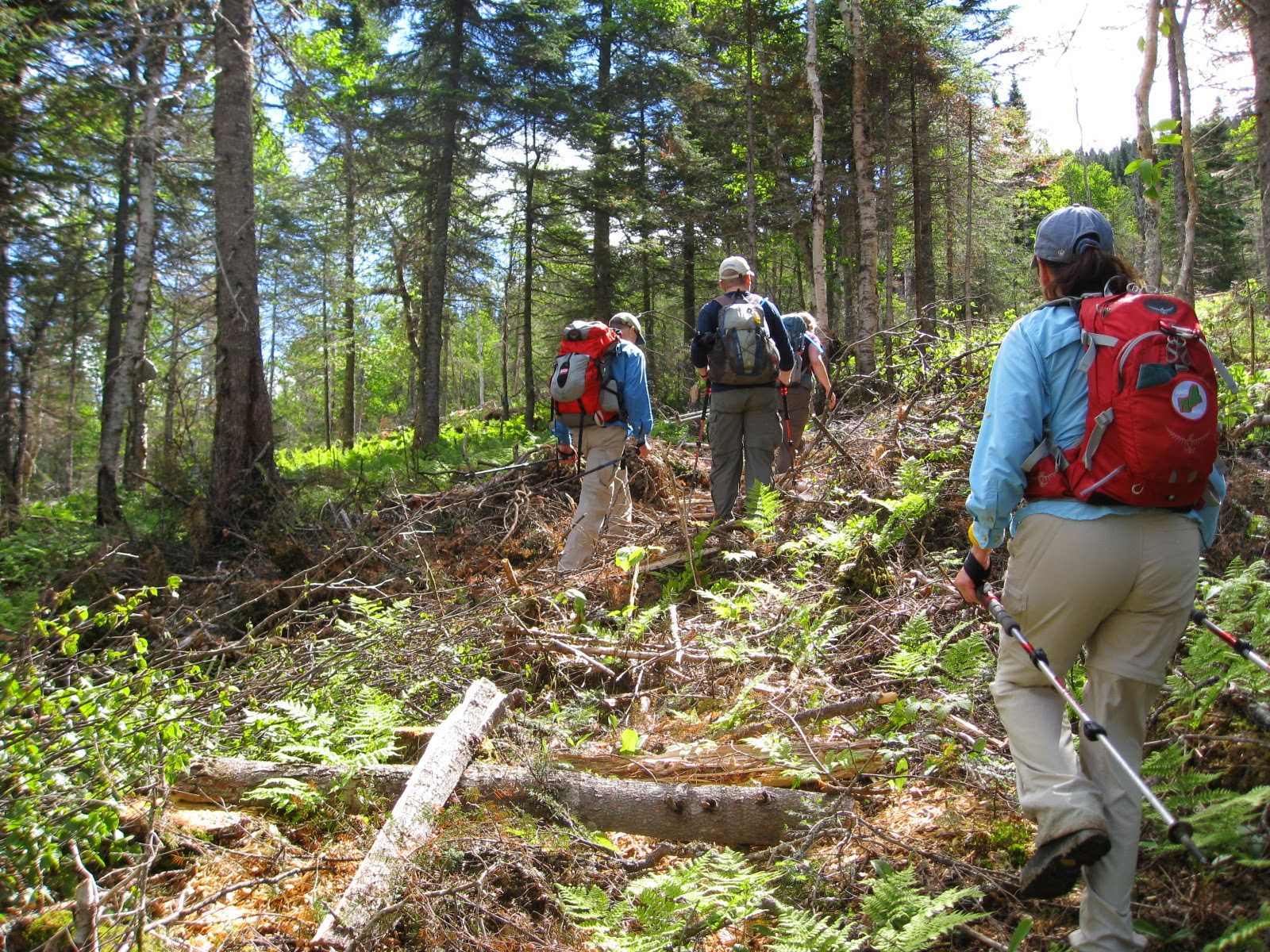 Once on the ridge we went left and easily found the canister. 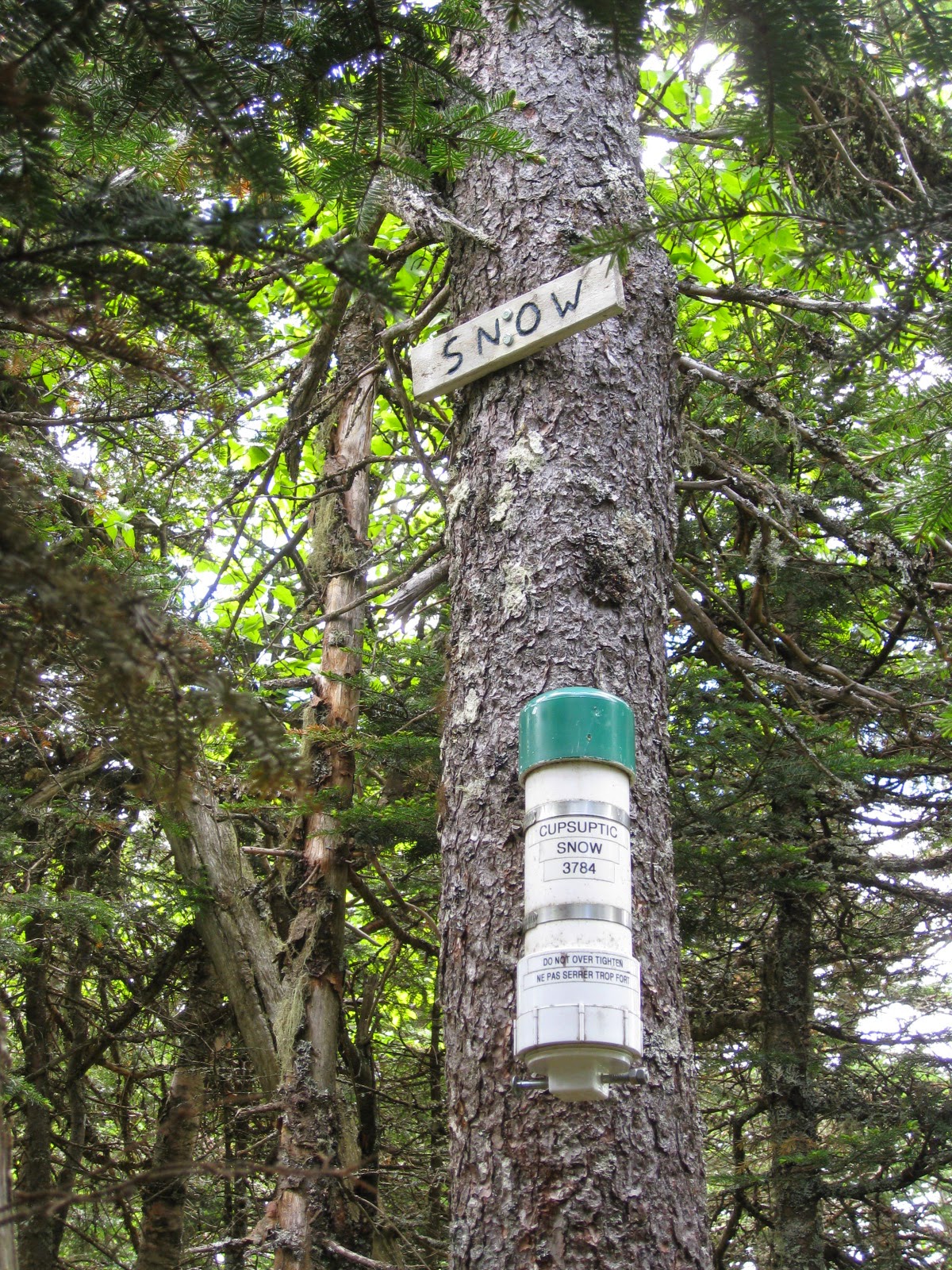 We signed the register, took photos and headed down via the herd path.
﻿
﻿
Twice we came across forks in the path and twice we went right  (seemed like the way to go). Further down we saw a few cairns, other's attempts to show the way.

We popped out on the right side of the rectangle clearing in that messy old cut that obliterated the herd path, and quickly set up cairns and arrows to show the way for the next guy (mindful of the time, we had one more hike to do).

One hike down, two to go.

Posted by Peppersass at 3:16 PM No comments: