Trailhead: Bethel, Maine, follow Rt 2 for 6 miles to Newry. Turn left and follow ME26 to Grafton Notch State Park (12 miles). The AT parking area is on the left side of the road and is large and well-signed. There is a $2 per person park fee.

The Mountain Mommas' reunion was held this year in Newry, ME in a cabin just outside of Grafton Notch State Park - Old Speck was chosen as this year's hike.

Rich and I had hiked Old Speck before (see previous report) and love its alternating steeps and flats, lively company (AT thru hiker season) and pretty views (although the summit was socked in the last time were here).

We invited our friends Charlie and Sandy and we all met at the trailhead around 9:30. 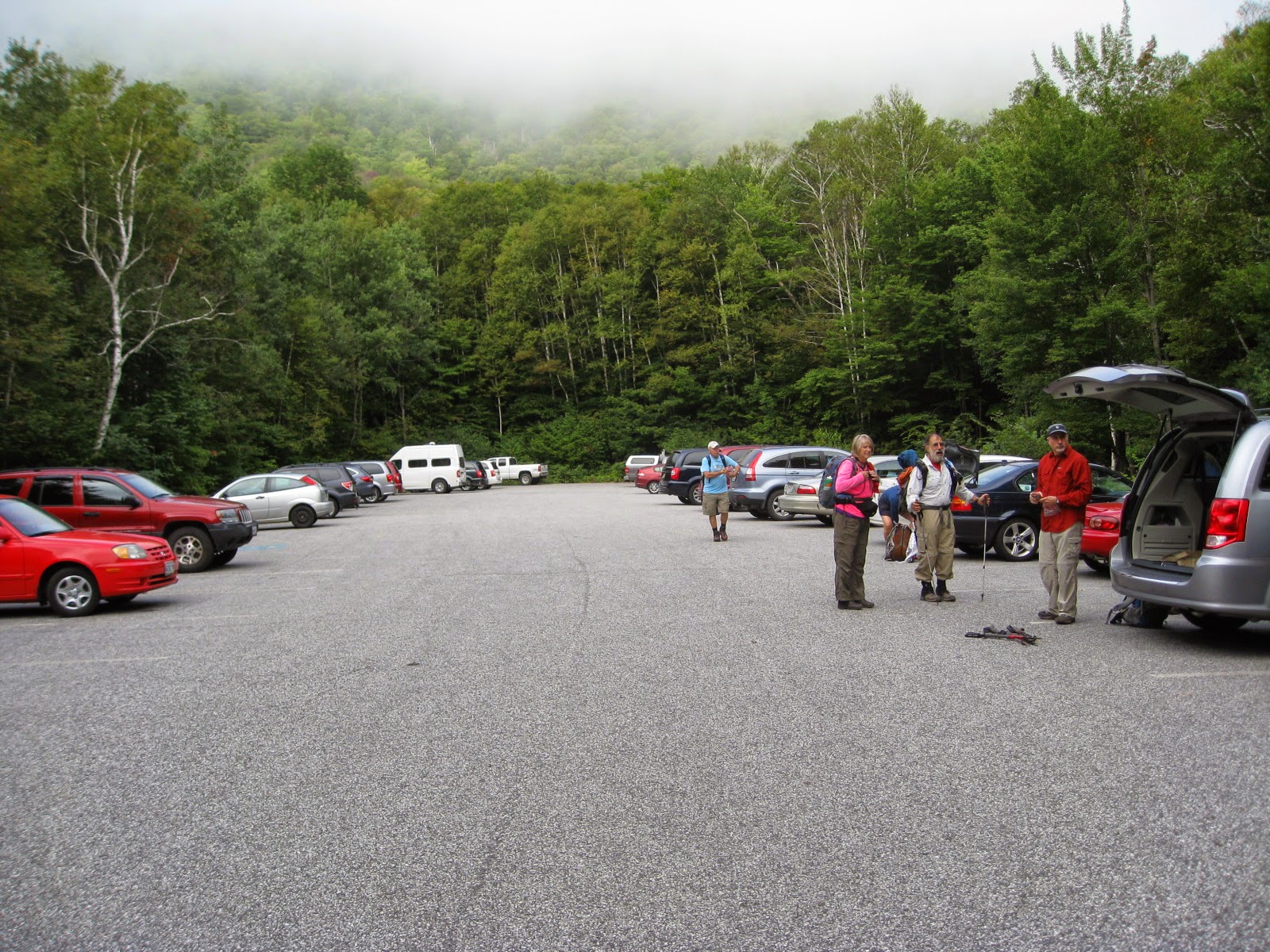 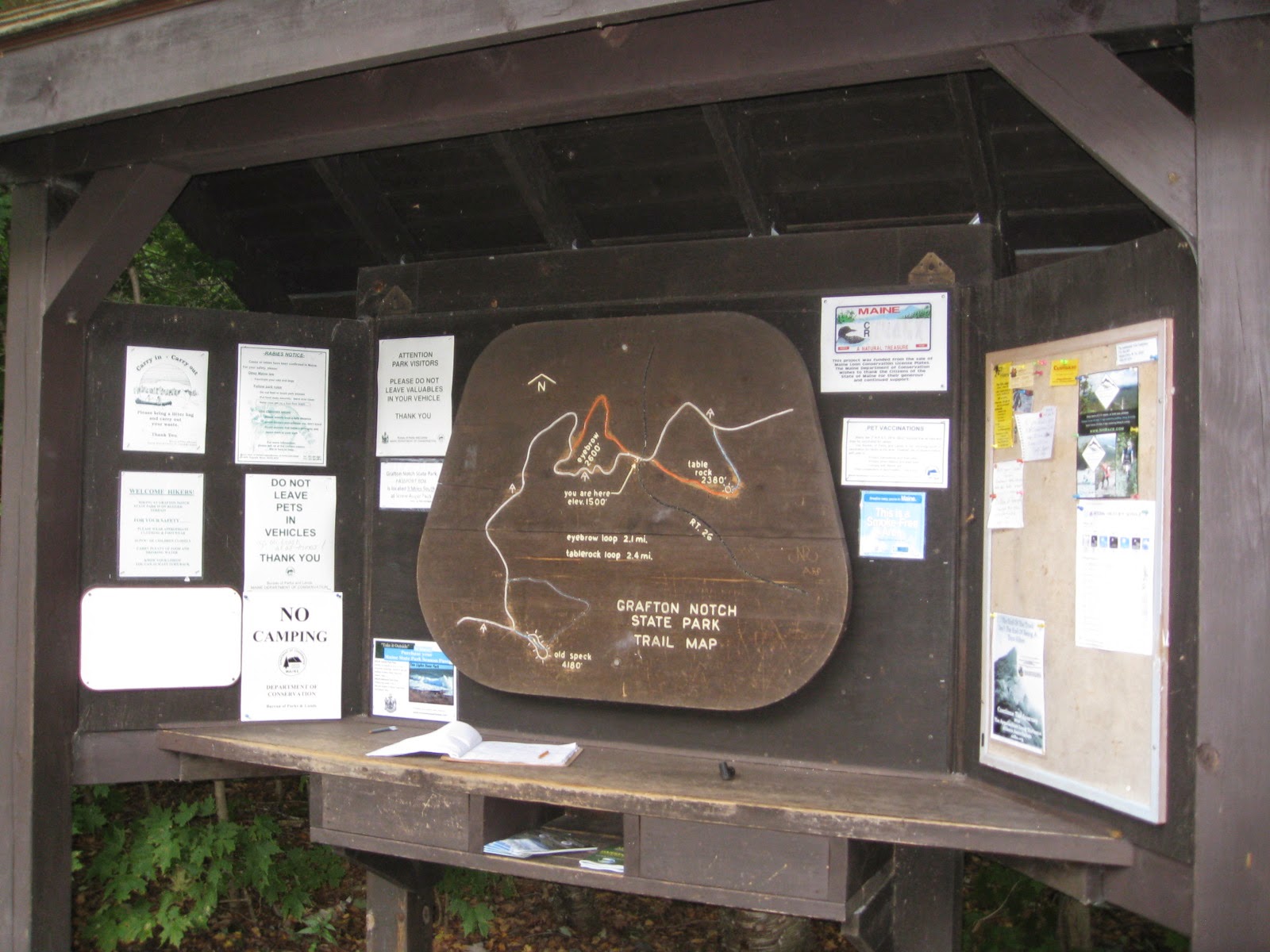 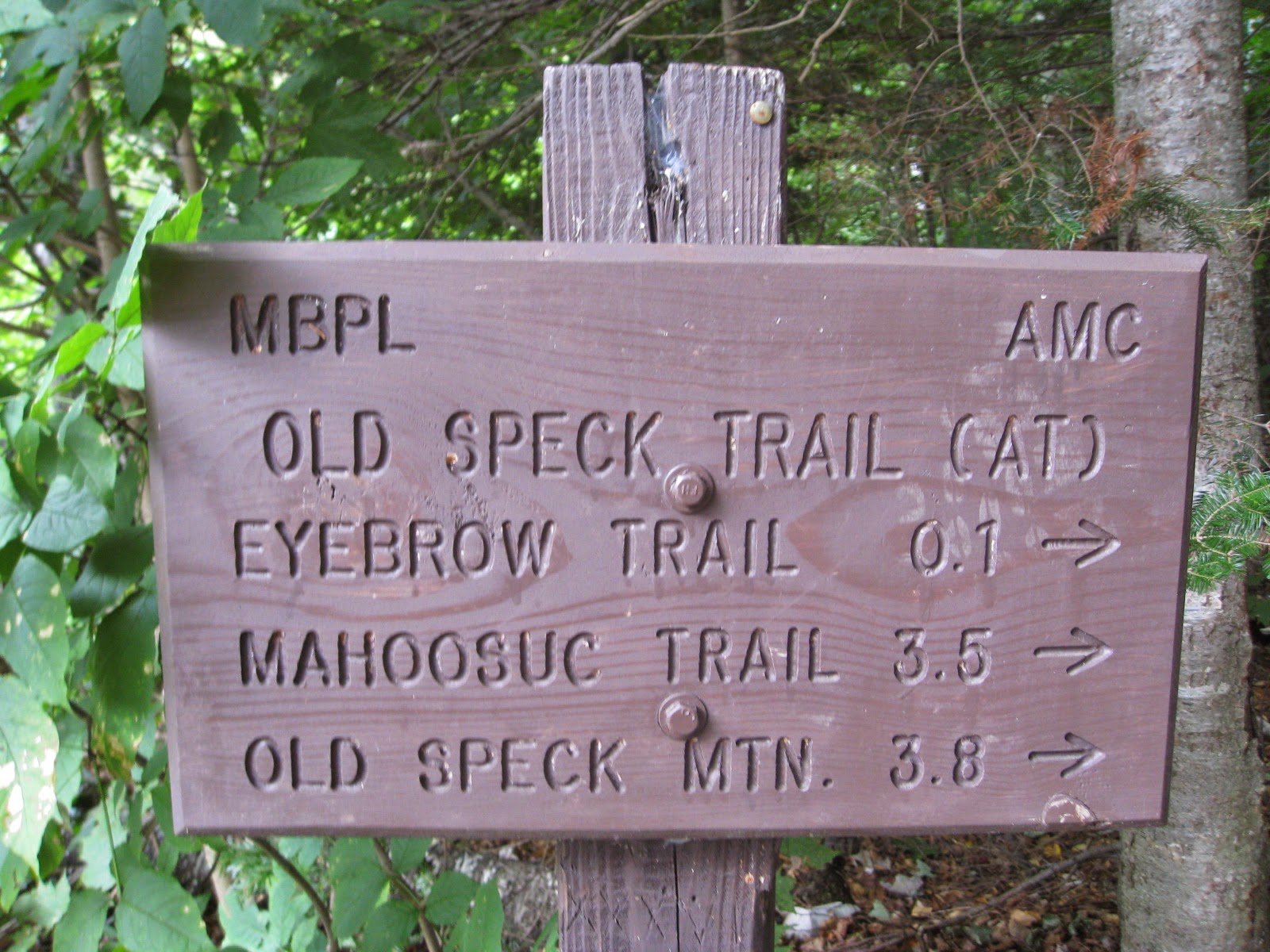 The trail starts out relatively flat and gets steep quickly.  But the path's wide and easy to negotiate and the going is good. 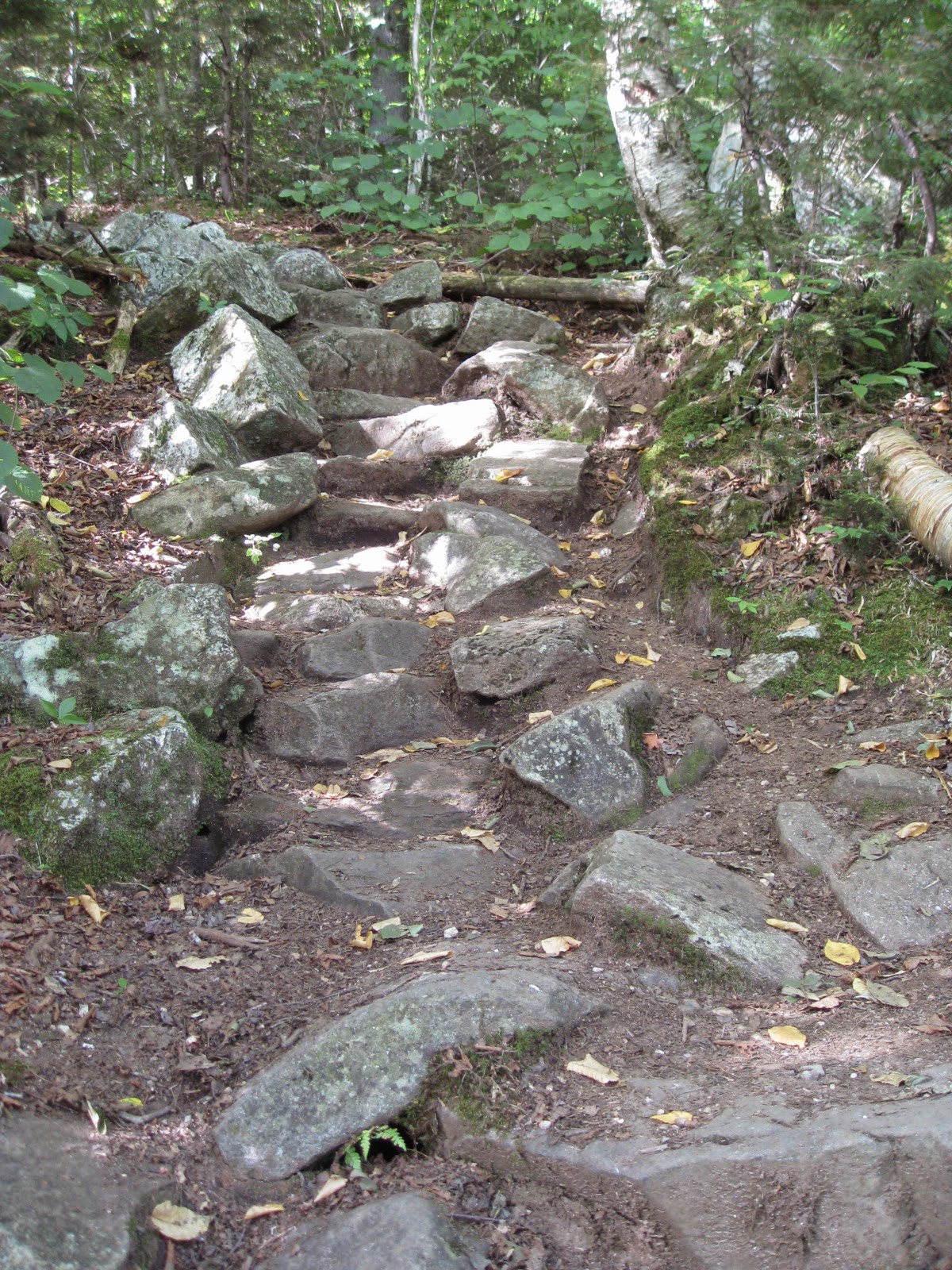 We started out as one big group but soon fell into our own paces.  The trail is forgiving - steep sections rise up to flat, rockless areas of dirt (we looked forward to those).

The first overlook is a dropoff with views of the sloping hills of Grafton Notch.


Steeps and flats, steeps and flats, with a few waterfalls thrown in to make it interesting (all water sources are located the first mile or so in from the parking lot).   Northbound Appalachian Trail thru hikers were heading down as we were heading up (only one of the dozens we saw was headed south).  Northbounders have just over 200 miles left of their 2200 mile journey - it's fun to talk with them. The AT hikers were so upbeat, having just completed New Hampshire's White Mountains and that really tough Mahoosuc Arm!


We topped out on a little knob that signaled the beginning of the roller coaster ride over the four bumps just north of the Old Speck summit.  Down and up, down and up, with a whole lot of nothing but the realization that we would have to go back up these little "downs" on the way back.

Just before the AT junction is an overlook that takes your breath away, that makes the hike up so worth it!


We gawked and cooed and took a bunch of photos.  This is the most spectacular view in Grafton Notch!

At the AT junction the trail flattens out and it's just a stroll to the summit, where today we were treated to fine views (though one little turd of a cloud hung around, drifting over the summit area from time-to-time).

Out came our lunch and we all took turns eating and climbing the very stable former fire tower to the observation deck where 360° views are spectacular.


Soon we headed down the mountain  - without incident.  In fact we barely acknowledged the little "ups" going back over those bumps.  On our descent we were going with the northbound thru hikers and had more time to chat with each of them as they barreled down the trail toward their zero day in Bethel.

Later we all enjoyed a draft beer at Rooster's Roadhouse.


Posted by Peppersass at 4:52 PM No comments: