Trailhead:  This is an unofficial trail which begins off of Walker Brook Road, Woodstock, NH.  I-93 N to Route 112 (exit 32, Kancamagus Highway), go left.  In 3 miles take another left onto Route 118. Walker Brook Road is less than a mile on right. Small parking area.

Hiked with Sandy, Joe, Becky and Mark today.  Our original hiking plans were scrapped when we awoke to thick, low clouds. There'd be no views today where we'd hoped to go, so we decided instead to check out the Mt. Waternomee B-18 bomber plane crash site.


There are several good reports and websites that recount the events on the night of January 14, 1942, when the plane's crew struggled in bad weather (resulting in a serious miscalculation of location).  The website Logging in Lincoln provides a good description, along with some great old photos of the crash. www.logginginlincoln.com/Bomber_Crash.html

It is amazing how much is still fairly intact over 70 years later. 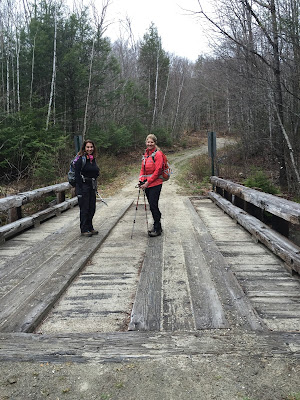 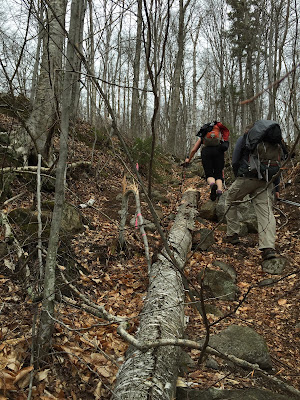 There are small cairns here and there to guide you, though the path is quite established.

We ascended into the low clouds and a mist blanketed the wreckage site.  Pieces of fuselage, landing gear and the engine are strewn about, a must-see for history buffs. 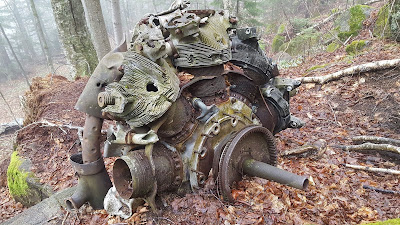 With mild temps, no wind or bugs, we took our time exploring the area. 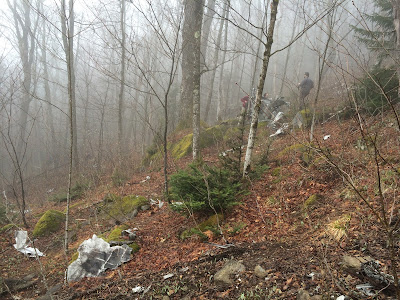 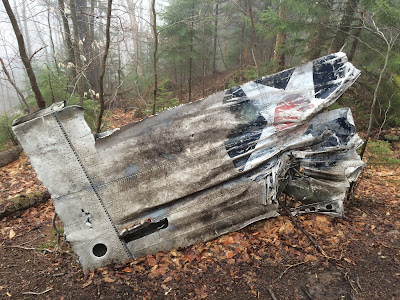 Much of the wreckage is identifiable even though there was an explosion shortly after the crash, and ordinance teams later detonated a second bomb, which further damaged what was left of the plane.

As we headed down the trail toward the car I remembered trip reports describing an impressive waterfall, seen through the trees.

It's to the left (right when you are headed toward the crash site).  You can hear it before you see it.

Had we not been pressed for time we would've walked down to it.