Trailhead: The trail begins at the end of Honeymoon Island State Park, 1 Causeway Boulevard in Dunedin.  There is a $4.00 fee for a single occupancy vehicle; $8.00 for more than one occupant. I've included a map at the end of this report.

Hiked with RiverRunner and his sister.  The plan was to hike the entire length of the Osprey Trail (2.2 round trip).

But it was not to be.

We parked at the picnic area (well marked) and headed onto the trail. 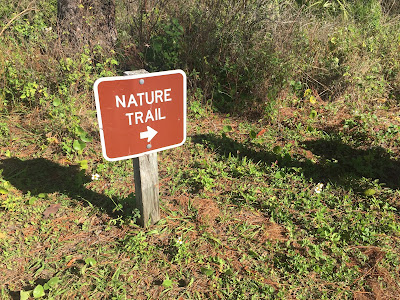 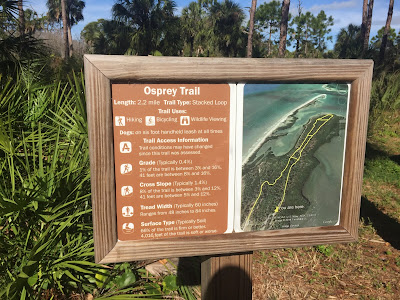 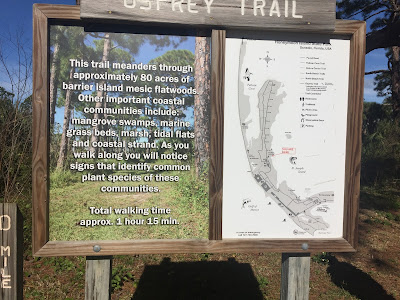 There are markers for every quarter mile, informational signs and nice benches on this trail. 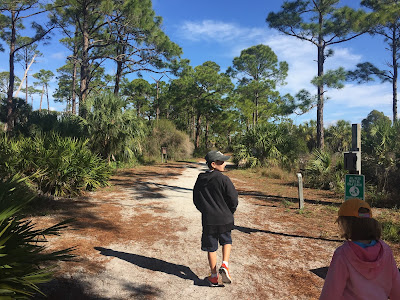 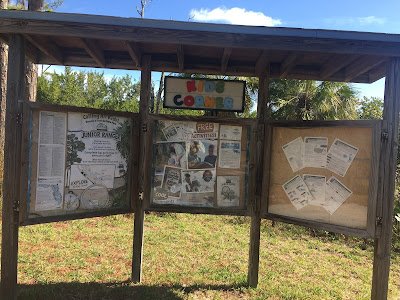 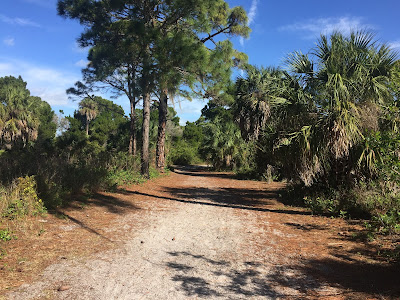 We had the option of crossing over onto the Pelican trail, which skirts the edge of the island, but our hearts were set on finishing the Osprey trail. We saw several osprey and although there's a sign that indicates rattlesnakes inhabit the area, we didn't see any. 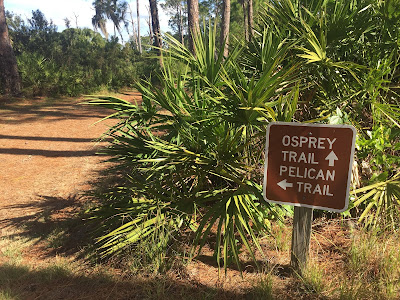 Suddenly we saw a fence across the path - this section of Osprey trail is closed!  Up high in the trees we saw two eagle's nests; one with two baby eagles' heads popping up! The park has closed this area in support of this feathered family. 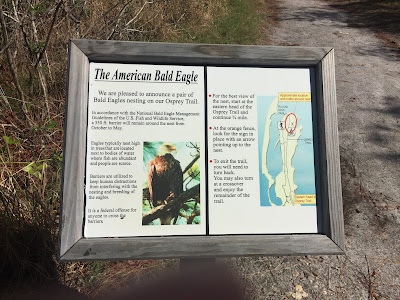 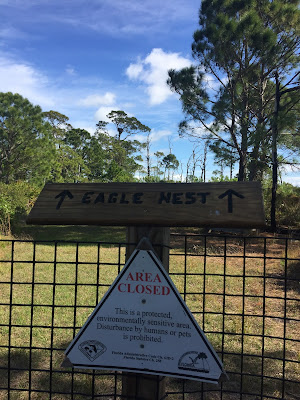 It was exciting to see the baby eagles and several people were there taking photos. RiverRunner suggested we backtrack and take the Pelican trail since we couldn't go any further on the Osprey trail. So we did.

After a few minutes on the Pelican trail, we took a shortcut to the back loop of the Osprey trail.  We followed the signs back to the car. 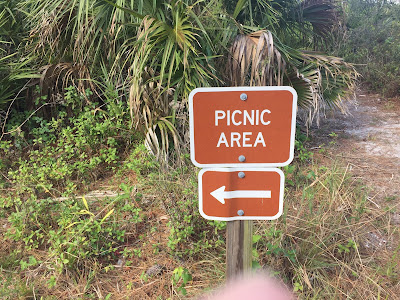 After the hike we relaxed on the playground at the trailhead. 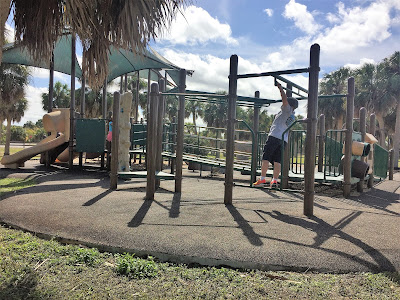 Posted by Peppersass at 12:51 PM No comments: